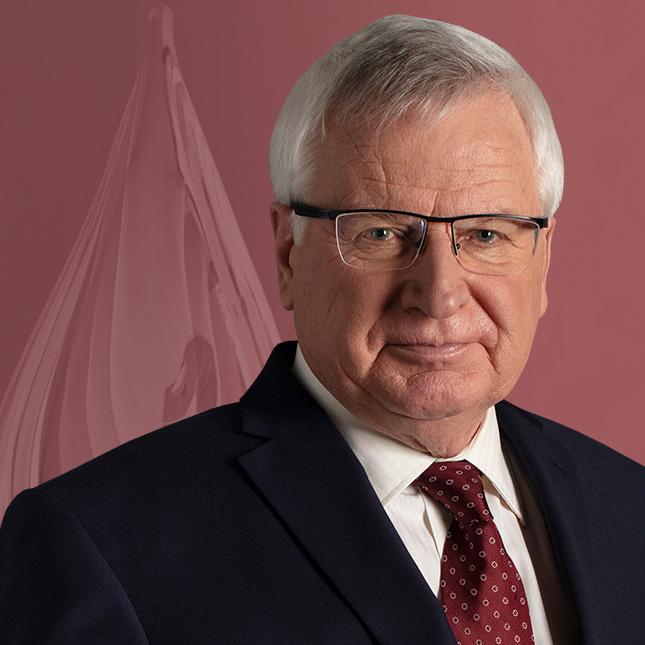 The USP Beal Award for Distinguished Volunteer Service recognizes a person who has made outstanding contributions to public health while serving as a USP volunteer, either on an Expert Committee, through collaboration as a USP Convention Member, or by serving on the USP Board of Trustees. It was created to honor the lifelong USP contributions of James Hartley Beal, Ph.D., LL.B. (1861–1945) and his son, George Denton Beal, Ph.D. (1888–1972). The Beal Award is bestowed every five years by the USP Convention at the Convention's Membership Meeting.

The Beals promoted public health through their voluntary service to USP for a combined total of nearly 80 years. James Hartley Beal, former dean of the Scio (Ohio) College of Pharmacy, began his involvement with USP as a Convention Member in 1900 and served as chairman of the Board of Trustees from 1910 to 1940. He was instrumental in gaining recognition for USP in the Pure Food and Drugs Act of 1906 and retaining that recognition in the 1938 Food, Drug, and Cosmetic Act. George Denton Beal, former director of research for the Mellon Institute in Pittsburgh, was instrumental in establishing USP's Reference Standards program. He served on the Committee of Revision (the predecessor to the Council of Experts) from 1930 to 1954 and as chairman of the Board from 1954 to 1968.

Dr. Gorecki’s USP volunteer service has spanned more than three decades and multiple leadership roles across numerous expert bodies to improve public health. This includes serving as chair of the Dietary Supplements and Herbal Medicines Expert Committee, the Non-Botanical Dietary Supplements Expert Committee, and the <2251> Adulteration of Dietary Supplements with Drugs and Drug Analogs Expert Panel. During this time, he led the development of public standards in important areas like probiotics, vitamins and minerals. He was also elected on two occasions to serve as a member of the Council of Experts, USP’s governing body for science and standards, and has served on the Council of Experts Nominating Committee and Compounding Appeals Panel. His participation with USP began in 1990 with membership on the Subcommittee on Vitamins, Minerals and Enterals.

Dr. Gorecki has been a leader helping to foster collaboration and synergies across USP volunteer Expert Committees, leading to the development of more effective and impactful quality standards. Through his leadership and mentorship, he has also helped nurture pharmacopeial expertise and countless volunteer leaders.

Dr. Gorecki is Professor Emeritus of Pharmacy at the College of Pharmacy and Nutrition, University of Saskatchewan (Saskatoon, Canada), where he served as Dean from 1998 to 2009. He earned his Bachelor of Science degree in Pharmacy and a Ph.D. in Medicinal Chemistry from the University of Saskatchewan. He has published more than 115 research articles, abstracts and technical reports in his areas of expertise and interest. These include drug design, pharmaceutical analysis, and pharmacopeial standards for drugs, dietary supplements and natural health products, as well as related areas in the pharmaceutical sciences.

Beyond USP, Dr. Gorecki served as Chair of the Ministry of Health Drug Advisory Committee of Saskatchewan. He also served on the Health Canada Scientific Advisory Committee on Non-Prescription Drugs, and on the Health Canada Natural Health Products Program Advisory Committee. In addition, he served as Chair of the National Blueprint for Pharmacy Steering Committee, and on the National Task Force to Review the Future of Canada’s Academic Health Sciences Centers. Dr. Gorecki has also participated in a number of other Canadian national pharmacy organizations and initiatives and has been involved in several pharmacy accreditation site visits, both national and international. Dr. Gorecki is the sixth person to receive USP’s signature Beal Award.

Ms. Davidson was elected as chair of the Compounding Expert Committee and in that position played a major leadership role in USP’s response to several public health crises involving contaminated compounded preparations. During her tenure, Ms. Davidson was actively engaged in multiple expert committees, advisory panels and industry forums and oversaw the development of well in excess of 30 new compounded preparation monographs. She also spearheaded the development of the USP on Compounding: A Guide for the Compounding Practitioner which became the USP Compounding Compendium, USP’s newest publication – a collection of essential compounding standards for use or consideration by practitioners and regulatory authorities alike.

Under her leadership, the Compounding Expert Committee won the 2012-2013 USP Award for an Outstanding Contribution to the Standard-Setting Process in recognition of its response to the compounding crises and its impact on improving public health.

Ms. Davidson also sits on multiple boards including the American College of Veterinary Pharmacists, the Pharmacy Compounding Accreditation Board Standards Committee and has served on FDA’s Task Force on Compounding in Veterinary Medicine as well as the FDA/AVMA Ad Hoc Committee on Veterinary Compounding.

Dr. Foster's involvement with USP spanned nearly two decades with myriad contributions. From 1990 to 1995, he served on the FDA–USP Joint Committee on Bioequivalence and the Subcommittee on Bioavailability, Bioequivalence, and Dissolution (DBA). Dr. Foster was elected chairman of the DBA in 1995, which was re-named the Biopharmaceutics Expert Committee in 2000. From 2000 to 2005, he also served on the Reference Standards Expert Committee, the General Policies and Requirements Executive Committee, and the Medicare Model Guidelines Expert Committee. He was a member of the Nomenclature and Labeling Expert Committee since 2000. Dr. Foster was instrumental in the development and revision of many USP General Chapters on topics including bioequivalence, dissolution, and drug dosage forms. He championed the science and public standard setting processes related to in-vitro and in-vivo drug performance and was instrumental in developing a compendial taxonomy for pharmaceutical dosage forms. In addition to his scientific and clinical committee work, Dr. Foster served as Vice Chair of three separate Nominating Committees for the Council of Experts from 2000 to 2010.

Dr. Foster was a Professor in the Colleges of Pharmacy, Medicine, and Public Health at the University of Kentucky (UK). Since 1973, he practiced in the University Hospital and Clinics; taught professional and graduate courses in advanced pharmacotherapy, pharmacokinetics / pharmacodynamics, computer and information systems and bioethics and research integrity; and he led programs in multidisciplinary clinical pharmacology research involving investigational drugs and drug delivery systems. He pioneered the opening and served as director for both a multidisciplinary Drug Product Evaluation Unit at the UK Medical Center and the Center of Excellence in Pharmaceutical Science and Technology at UK, the first academic center based, FDA cGMP qualified facility for pilot parenteral drug manufacturing. Dr. Foster's pioneer work in translational science facilitated the development of numerous human pharmaceutical and biopharmaceutical products and drug delivery systems. He served as the Director of the Regulatory Support and Research Integrity program of the UK Center for Clinical and Translational Science and was the Executive Chairman of the University's Medical Institutional Review Boards since 1987. He was a consultant to the FDA Center for Drug Evaluation and Research and the Department Health and Human Services Office of Human Research Protections.

Dr. Lester Chafetz worked to improve drug quality through 35 years of outstanding voluntary service on the Committee of Revision (the predecessor to the Council of Experts). He contributed significantly to many areas of standards setting, including drug substances, natural products, separation science and the chromatography of dosage forms, and packaging and stability. His distinguished career in industrial pharmaceutical analysis and research, capped by a university professorship involving both teaching and a research program, spans over 40 years.

The late Dr. Ralph Shangraw had a profound impact on public standards through his service on the USP Committee of Revision (the predecessor to the Council of Experts) from 1970 to 1998. He promoted modern standards for excipients that are recognized worldwide. He improved the multivitamin and mineral marketplace by pioneering the establishment of USP standards in this field. He always championed the cause of patients and consumers. His efforts led to public standards for combination cough-cold preparations and other over-the-counter drug products.