When speaking to Charlie Thiel, you quickly realize that what makes him so extraordinary is his innate ability to reinvent.  A teenager living in Santa Barbara during World War Two, he recalls how his family had to cover the windows of their homes with government-issued blackout paper to help hide their neighborhood from enemy aircraft.  Charlie found a different use for the paper.

"It made my parents' bathroom the perfect dark room," he says.  "I'd set my enlarger on the toilet and the processing trays in the bathtub right next to it."  For Charlie, that dark room was a place of discovery.  With the right combination of shadow and light, a beautiful photograph could emerge.

He would soon trade the dark room for the chemistry lab when, in his first year out of college, he landed a job as an Assistant Chemist in the Medicinal Chemistry department at Riker Laboratories in Southern California.  It was 1954.

Charlie's unexpected journey began with a thirteen-year-old girl named Susie. Susie had asthma and, like so many other kids, struggled with the fear of a trigger that would bring on severe coughing and intense pressure in her chest that could leave her breathless, or worse.  The list of triggers for asthma is long—air pollution, exercise, cigarette smoke, pollen, and stress can all cause a deadly attack.

The most effective treatment at the time was complicated and difficult to use, especially for children.  It was a small pipe-sized glass instrument called the squeeze-bulb nebulizer.  Every time Susie needed relief, she'd have to add a dose of liquid medication to the nebulizer; then, holding it upright by the rubber bulb, place the open end into her mouth.  Next, she had to simultaneously inhale and squeeze the rubber bulb to create an aerosol she could inhale.  It often clogged and it was hard to know if she was getting an accurate dose of the medicine.  Frustrated, Susie asked her father why she couldn't get her medicine from a spray-can like hairspray.

Susie's father was the president of Riker.  He saw the possibility in her vision and brought her question to Irving Porush, head chemist in the three-person pharmaceutical development lab.  "Within 11 months of Susie's question, Irv had created something revolutionary," Charlie says.  Porush created a convenient device that could easily deliver asthma medication in multiple accurately measured doses to patients.  It was approved by the FDA on March 9, 1956, and put on the market before the end of the month. The metered-dose inhaler (MDI) was born.  Now Susie and patients like her had a reliable form of treatment they could carry in their pocket.

Trial, error, and finally – a breakthrough

Irving's inhaler was groundbreaking, but it wasn't perfect.  The vial containing the medicine was made of plastic-coated glass, so it was still fragile and could break if dropped on a hard floor.  The medicine itself was in an alcohol-based solution, so it stung slightly in the throat.  Still, the inhaler's rapid-fire success led the company to experiment with the technology to come up with treatments for other ailments.  In June, 1956 Charlie was asked to step in.

Riker wanted to develop a decongestant nasal spray MDI that could do for patients with a stuffy nose what Irving's inhaler had done for asthma patients.  "But you couldn't use Irv's formulation in the nose," Charlie recalls.  "The alcohol solution would sting like crazy.  If you gave a patient a dose, you'd have to catch him to give him another because it stung so badly."

Charlie believed he could easily solve the problem by making an emulsion of a solution containing the drugs dissolved in water dispersed in propellant.  "Ignorance is bliss," Charlie says, "I prepared 114 formulations over a period of three months.  Most were colossal failures."  Some would burn.  Some would shoot foam like shaving cream.  Charlie remembers when one of his emulsions warmed up, bubbles formed and created a frying sensation in his nose.  "We tried everything on ourselves in those days," he says.

Near the end of those three months of frustrating trial and error, Charlie was given a side project.  He was asked to create an aerosol hydrocortisone.  Hydrocortisone reduces inflammation and researchers hoped it could provide asthma patients with effective relief.  The trick was getting the drug deep into the lung where they hoped it could keep the narrow airways open and prevent attacks.

Charlie took the materials he used in his earlier emulsions and mixed them with the hydrocortisone.  He created an emulsion that looked promising, but the resulting spray was too wet.  "It just couldn't get into the lungs," Charlie says.  "Then I remember looking at a bottle of hydrocortisone that said ‘microfine' on it and I thought, ‘hm, I wonder if I can disperse this microfine powder in the liquefied gas propellant."  Charlie needed the powdered drug particles to be dispersed evenly within the propellant so that the right amount of drug would be delivered to the lung every time.

He mixed the microfine powder with a dispersant he had used in an emulsion and put it in a clear vial so he could see it.  "I put it in our deep freeze, and chilled the vial to below the boiling point of propellant.  I added propellant, crimped on a valve, then shook the vial.  The drug dispersed just beautifully. When sprayed, it emitted a beautiful aerosol cloud of very fine mist," Charlie says.

"I couldn't believe it.  I'd actually done it.  I had created a suspension of the powdered drug in the liquefied gas propellant."  Charlie's invention, known as suspension technology, could now be used with other drugs, including the two bronchodilators Irving Porush used in the first two inhalers. According to Charlie, spirometric tests would later show that when used with the inhaler, his suspension formulations were more effective at propelling the drug deep into the lung.

The new inhalers went to market in the fall of 1957, packaged in compact stainless steel vials.  Thanks to Charlie, patients now had an inhaler that was more effective at treating and preventing asthma attacks.  His suspension technology is still used today.

Dedication to a common goal

The lab continued to be Charlie's playground during his 46-year career as a scientist.  But he still wanted to do more for the millions of people living with asthma.  In the late 1980s he began volunteering for USP, a scientific organization that sets quality standards for medicines.  Charlie was familiar with USP's work during his time at Riker.  "We used USP's chemical standards in our analytical lab," Charlie says.  But when he began volunteering, he quickly understood the depth and breadth of standards development.  He was particularly proud to be part of a network of passionate scientific experts from around the world.  "They were all extremely dedicated to developing methods for analysis to aid in improving all aspects of quality in pharmaceutical products," Charlie says.

As a volunteer, Charlie worked on standards for a number of innovative and widely-used devices that increased the ease and precision of particle measurement and ultimately improved inhaled drug delivery to patients.  Put simply, Charlie's designs have helped ensure inhalers and other medical products manufactured and sold in the U.S. and around the world work as intended.  Charlie volunteered for USP for more than 20 years – more than 9 of those years after he had retired from the lab.  When asked what drove him to volunteer for so long, he said, "Everyone I worked with wanted the same thing I did—to keep patients safe."

At 91, Charlie still looks back on his career and his time at USP with fondness.  He has photographs to document his failures and successes in the lab, but there is one image that continues to resonate for Charlie with distinct clarity.  Late in his career he traveled to Australia to give a talk on the inhaler.  After he'd finished, an elderly physician who had struggled with asthma since he was a child approached, gave Charlie a great bear hug, and said, "If it hadn't been for your invention, I'd be dead."

The memory brings Charlie to tears, his voice waivers before he takes a deep breath and continues, "You know," he says, "one of the givens in science, and gosh, in life in general is that failure is pretty common, but you can't give up.  If you have an idea that you think you can succeed at, you have to pursue it."  That sense of optimism and perseverance is what makes Charlie's work so valuable—to USP and to the more than 200 million people living with asthma around the world. 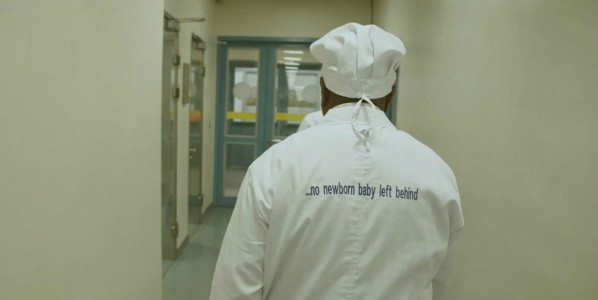 Olakunle Ekundayo's role as the CEO of a pharmaceutical manufacturing company has given him the opportunity to impact thousands of newborn lives in Nigeria, and beyond. 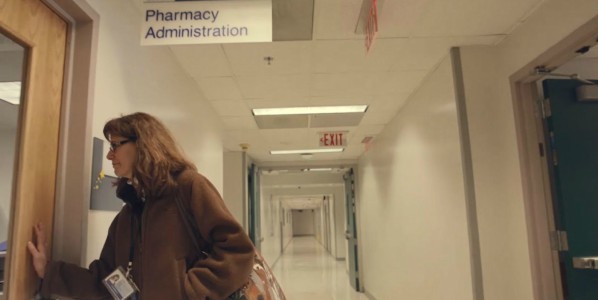 Dietary supplements don’t undergo the same kind of rigorous review that medications receive, but not many people are aware of this. Learn what steps Sarah Erush took to help protect patients. 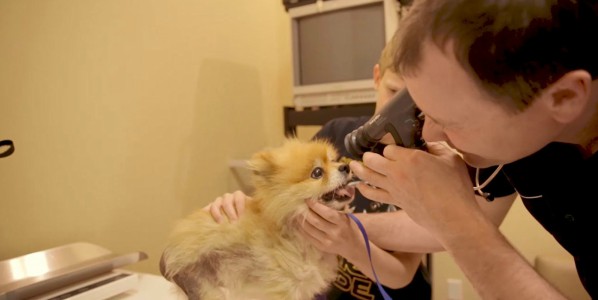 Brett Cordes loved practicing veterinary medicine so much he thought he would do it for the rest of his life. Until one day when he felt that he had no choice but to leave the career he loved for fear that it was putting his own health at risk.