Similarity and difference in the world of drugs

Dr. Jeremy Greene, professor of medicine and the history of medicine at Johns Hopkins University and author of Generic: The Unbranding of Modern Medicine, explains how our access to quality medicines today developed over the last 175 years.

When did the generics industry really develop?

The Drug Price Competition and Patent Term Restoration Act of 1984, also known as the Hatch-Waxman Act, is often credited as the birth of the generic drug industry but I would argue this isn’t quite true—it’s more of an inflection point in its growth. As my colleague Joseph Gabriel has written in a fascinating book called Medical Monopoly, there are some important court cases over brand-name and generic-name drug marketing in the late 19th century. But as I argue in Generic, the formation of a group of companies that call themselves the generic drug industry does not explicitly develop until much later, in the 1960s. Even as late as the 1950s there was no single agreed-upon generic name for many brand-name drug products.

By the late 1950s, with the growing market in brand-name antibiotics and other drugs emerging from an expanding research-based American drug industry, the prices of new “wonder-drugs” began to grow so precipitously that many consumer advocates became concerned that the benefits of modern pharmaceuticals were increasingly out of reach from American consumers. One of the most visible consumer advocates in U.S. Congress, Tennessee Senator Estes Kefauver, began to focus on monopoly power of the pharmaceutical industry as an example of what he called the problem of the ‘captive consumer’. In 1959, he held Senate hearings—televised, and highly visible—on what happens in certain markets when the consumer has no ability or space to really make a choice. Now I should point out that when Kefauver started, he wasn’t specifically focused on pharmaceuticals, but as he came to understand that consumers couldn’t even know that two brand-name drugs contained the same ingredient (because there was no single generic name), the pharmaceutical industry became the main focus of his work.

One of the most important things that came out of Sen. Kefauver’s hearings was the mandate that all pharmaceutical products needed to have one standard and universally agreed upon generic name, so that physicians and consumers could make reasonable decisions about drug products. And after the Kefauver hearings, a lot of different drug manufacturers recognized the opportunity to market off-patent drugs sold under generic names.

Why was having a single generic name for medicines important?

Before that time, a single drug might have had not only multiple brand names but also multiple generic names, which made it terribly difficult for prescribers and consumers to compare products. Even physicians often didn’t know that two different brand-name drugs actually contained the same active ingredient. The hearings brought to light the need for a standard name for common use, not the brand name and not the chemical name, but something that could capture a sense of the structure of the drug without being so long it would be unpronounceable. The US Pharmacopeia, or USP, has since played a substantial role in producing this list of generic drug names: this eventually became the USP Dictionary of United States Adopted Names (USAN) and International Drug Names, a reference for nonproprietary drug names and chemical structures.

Some small drug manufacturers, who had been producing quality pharmaceutical compounds since the early 20th century but had not invested in research laboratories, began filling the market space that would become the generic drug industry. There were also less ethical drug manufacturers who saw a business opportunity mixing medicines in fly-by-night “bathtub” operations and entered the market space. At the same time some brand-name manufacturers saw an opportunity to use the caché of their own brand-name to sell “branded generics” at a higher price than “commodity generics.”

There were a number of twists and turns in the story along the way, with several regulatory battles and lawsuits, and even a few juicy scandals, but by the early 1980s the standards of the U.S. generic industry were firmly established in the terms of the Hatch-Waxman Act.

We hear a lot about the Hatch-Waxman Act, how did it impact the pharmaceutical industry and the availability of medicine to patients?

Hatch-Waxman is a remarkable piece of bipartisan legislation, which had something for everyone: to the brand-name pharmaceutical industry it gave a longer patent life for pharmaceuticals (from 17 to 20 years) so they had additional incentive to produce innovative drugs; to consumer advocates and generic manufacturers it gave a direct pathway to approving generic drugs on the basis of similarity rather than new drug trials. This pathway—known as the abbreviated new drug application or ANDA—helped to solve a lingering battle over what kinds of proof of similarity were required to market a generic drug, and whether the burdens of that proof would be so costly as to shut down meaningful competition.

The issue of similarity can be traced through the long history of pharmaceutical standards. Similarity is not the same thing as identicality. When we look at two generic drugs, or a brand and a generic, we know they’re not identical because they come in different colors, shapes and sizes, they are made in different places, and there are a series of inactive ingredients that might differ from pill to pill depending on where they were made. In creating standards for similarity, we want to be assured that they are the same in all ways that matter: in their molecular structure and the amount of active ingredient they contain, their efficacy and safety, and the amount of impurities that are allowed or not allowed.

What do quality standards have to do with today’s production of medicine?

If you think about it, there’s a mutual interest among manufacturers, whether they are brands or generics, for establishing and disseminating a public standard that help us determine if a drug is what it says it is. That’s another thing USP, does – it basically publishes the methods that manufacturers, regulators, and others can employ to demonstrate that medicines are what they are supposed to be. FDA, USP, reputable manufacturers and others are all part of a system that helps keep our drug supply safe. USP has functioned as a meeting ground for many of these different stakeholders—from medicine, pharmacy, industry, and government—to use their scientific expertise to develop proposed standards. These independent experts publish those proposed standards and collect public comments that they consider before standards become official.

The answer to why these standards are important will differ depending on who you ask. Drug standards mean different things for physicians than they do for pharmaceutical manufacturers or for FDA officials or consumers themselves. Even within any of these groups one can find substantial disagreements: within the industry, for example, there are some companies who might benefit from more explicit standards and other who might benefit from vaguer standards. If you are a consumer, lawmaker, physician, or pharmacist, you want to know that public standards are protecting public health but aren’t so strict that the producers can’t realistically meet them or people won’t get the medicines they need. 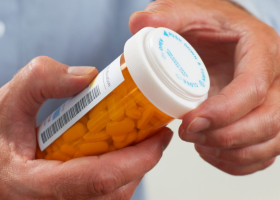 What are generic drugs?

by the U.S. Food & Drug Administration 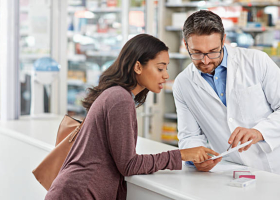 How is the U.S. accessing generic drugs?

by the Association for Accessible Medicines 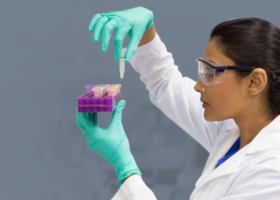