Brett Cordes loved practicing veterinary medicine so much he thought he would do it for the rest of his life. Until one day when he felt that he had no choice but to leave the career he loved for fear that it was putting his own health at risk.

When that day came, Brett had been practicing veterinary medicine for 19 years. For Brett, his profession wasn’t just about healing animals, but about nurturing the bonds people forge with them. It was his calling. But he was about to find a second calling.

Brett was 35 when his doctor told him he had cancer. His world seemed to stop as he tried to absorb the news. But it was the doctor’s next question that really changed his life.

“Do you handle chemotherapy drugs?”

Stunned, Brett said yes. He did handle chemotherapy drugs to treat animals with cancer. His mind reeled as he thought about all the risks he and his colleagues had unknowingly been exposed to handling this type of medication.

When Brett first began working around chemotherapy drugs as a young veterinary technician, there were no rules, guidelines, or systems in place for handling hazardous drugs where he worked. No one told him he should always wear two sets of gloves and a gown or handle these drugs in a special cabinet with ventilation designed to safely contain the toxic chemicals. As practices hadn’t changed over the years, Brett knew that countless others working in veterinary and medical practices were being exposed to similar dangers every day.

Brett realized he needed to take action, and time was of the essence.

“It all hit me as I was lying on the biopsy table thinking about what to tell my wife. We had two small children at the time,” he says. “Soon after my diagnosis I quit my practice and made it my mission to improve oncology safety.”

In 2004 the National Institute for Occupational Safety and Health (NIOSH), part of the Centers for Disease Control and Prevention (CDC), issued an alert to raise awareness about the dangers of working with hazardous drugs and linked adverse health effects, such as infertility, miscarriages, and possibly certain cancers to repeated exposure.

Brett, who had started educating himself and others about this issue, began working with Dr. Tom Connor, a Research Biologist in the Division of Applied Research and Technology at NIOSH. In 2010 they co-authored a NIOSH workplace solutions document specifically for veterinary practitioners. “By that time, I understood that there were hundreds of healthcare workers out there who were completely unaware of the risks associated with handling hazardous drugs,” Brett says. “And many of them were young women, some of whom were pregnant.”

Throughout Brett’s 10-year hiatus from practicing veterinary medicine, he spoke publicly about his experience and the potential risks of exposure many healthcare workers unknowingly faced. He reached out to companies about the benefits they stood to gain by incorporating the necessary safety measures that would protect their staff. He gave talks to members of congress on Capitol Hill. He also visited with staff at USP, an independent scientific organization with a long history of setting quality standards, including those that make healthcare settings safer for workers and patients.

“When Brett came to us with his story, we were already talking about the importance of creating a standard designed to not only protect healthcare practitioners, but anyone who could be unknowingly exposed to hazardous drugs,” said Rick Schnatz, a senior manager within USP’s Healthcare Quality and Safety division.

“While handling hazardous drugs has been a known risk for decades, no standards had existed. We wanted to change that to help protect the millions of physicians, nurses, pharmacists, veterinarians, and others who take care of patients.”

USP’s proposed standards (known to many in the healthcare industry as General Chapter 800) are specific to the handling of hazardous drugs and will require robust protections at healthcare facilities across the country. Brett is thrilled that USP’s work has led to new standards in safety.

“We give ourselves to this profession – sometimes too much. And when we give too much, we’re no good to anybody,” he says. “The bad things I was exposed to led to great things…but I couldn’t do it without the backing of USP. I’m just one person.”

Cancer free today, Brett is once again practicing veterinary medicine in Arizona and is excited to see his thirteen-year-old son taking an interest in his work. He often comes to Brett’s hospital to gain hands-on experience. “One day he may decide to open up his own practice,” says Brett. “And I take comfort knowing he can learn in a safe environment.” 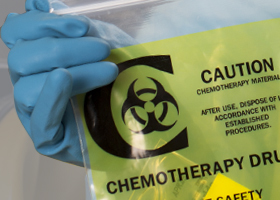 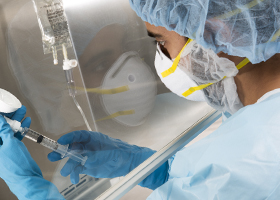 Workplace Solutions for Those Working with Hazardous Drugs

The National Institute for Occupational Safety and Health recommendations. 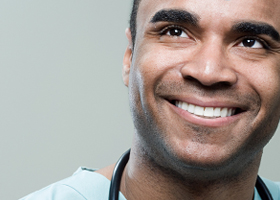 An article from the Patient Safety Monitor Journal.